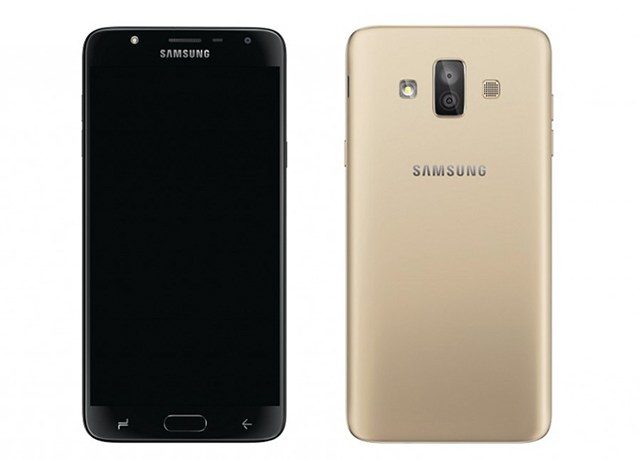 The Samsung Galaxy J7 Duo smartphone comes with Android Oreo out of the box along with support for its voice assistant Bixby.  It sports a 5.5-inch Super AMOLED HD 720 display with 16:9 aspect ratio. It is powered by an octa-core Exynos 7 Series processor which is clocked at 1.6GHz coupled with 4GB of RAM and 32GB of storage which is expandable with a microSD card.

The highlighting feature of Galaxy J7 Duo is its dual camera which consists of 13 megapixel and 5-megapixel sensors and both have an aperture of f/1.9. On the front, there is an 8MP shooter for selfies along selfie flash and it comes with features like Selfie focus mode which blurs out the background form selfies.

The Galaxy J7 Duo is backed up by a 3,000mAh battery. The Samsung smartphone also has fingerprint reader which is placed on the Home button on the front. Not only that it also features Face Unlock. It will go on sale from April 12 and will be available in Gold and Black colors.